COVID-19: A Guide for Musicians

For musicians and others in the performing visual arts, COVID-19 has been disastrous. While many events and public performances have now been cancelled, resulting in a loss of income- others remain in a state of limbo.

This has left many performers wondering if they are required to attend and perform at events  scheduled over the coming months. This uncertainty has added to the already overwhelming stress experienced by these people.

The legal concepts discussed below can work for and against musicians- a double edged sword. Musicians and other performers rely on events and gigs to survive. As a result, in many cases, the best outcome would be for event organisers and performers to work together to ensure that the industry remains viable with this, hopefully, temporary set back. This may be effected by rescheduling events or by conducting virtual events. Targeted Government support is also urgently needed.

If you are worried about your obligation to perform you should:

2. Check if your contract includes a ‘termination for convenience’ or ‘force majeure’ clause; and

3. Negotiate with the organisers on a without prejudice basis – draw their attention to the risks and to possible solutions.

Finally, given the Governments recent announcements on support for small business, consider if you should register for PAYG and speak with your accountant.

Your first port of call in understanding your obligations with respect to upcoming events and performances is your contract.

Force Majeure is an expression that derives from French Civil Law. A force majeure clause is a risk allocation mechanism used to limit the liability of a party for events which delay, restrict, or hinder the performance of the contract – where such events are beyond the control of the parties and fall within defined triggers.

The party seeking to rely on a force majeure clause has the ‘burden of proof.’ i.e. is required to prove that the clause has been triggered. The triggers of a force majeure event often include acts of God such as fire, storms, earthquakes, and floods, as well as civil unrest, strikes, riots, and acts of war or terrorism. As COVID-19 has and will continue to have far reaching consequences, a force majeure clause may be triggered even where the clause does not specify that an epidemic or pandemic is a trigger i.e. triggered as a result of a consequence of COVID-19.

Unfortunately, as force majeure is a contractual construct, and is limited in operation by the clause itself which is often poorly drafted, a force majeure clause may not be of assistance to you.

The common law principle of frustration may come into play where performance of a contract becomes impossible or illegal. For example, in the case of Taylor v Caldwell, a licence to use a music hall for a series of performances was held to be frustrated when the hall burnt down. As a result, the owner of the hall was not liable to reimburse the hirer for advertising expenses and the hirer was relived from the obligation to pay the licence fee for use of the hall.

A contract will be frustrated where, without the default of either party, circumstances would result in performance being radically different from that originally contemplated in the contract. So the question is (as expressed in Brisbane City Council v Group Projects Pty Ltd by Stephen J:)  ‘how dramatic must be the impact of an allegedly frustrating event. To what degree or extent must such an event overturn expectations, or affect the foundation upon which the parties have contracted…’

In considering frustration, a court will look at whether events were foreseeable at the time the contract was made. Consequently, it will be harder to argue that COVID-19 has frustrated a contract made yesterday than it would be if the contract had been made in November 2019.

There are some clear cases where a contract will be frustrated: such as when a musician has been given an order by a government department to isolate themselves for a set period of time that corresponds to a performance.

The more difficult question is whether frustration occurs where there are voluntary recommendations from health officials but nothing else or perhaps where a performer’s existing medical condition may lead to their health being compromised if they were to be exposed to the virus. Where this is the case, or where you are worried regardless, the best course of action is to obtain legal advice.  If your legal advice is that you have no basis to not perform, you can then speak to the organisers on a without prejudice basis to express your concerns and to ask for a resolution. In doing so, you should be careful to not say that you are not willing and able to perform your contractual obligations.

If you are concerned about an upcoming performance or event, you should first consider your contractual rights including under any termination and force majeure provisions.

In any event, where you are concerned, we recommend that you speak to the organiser to seek a resolution. Any such discussion should be on a without prejudice basis and you should take care to ensure that you are not repudiating the contract. If ever there were a time for people to work together and support one another, this is it.

On a final note, many musicians and others in the industry are self-employed. Many in the industry are also paid cash-in-hand. If you are a small business who is not registered for PAYG (which does not mean you need to register for GST), consider doing so now. The Government’s recently announced support schemes for small business will be administered via the PAYG system- meaning if you are not registered and do not report wages, you will miss out altogether.

This Thursday (19 March 2020) we will be providing free advice to musicians during 40 minute one-on-one Zoom sessions. To register your interest, complete the form below.

Our lawyers are here to support you with advice and representation. Please contact us if you have any concerns or questions. 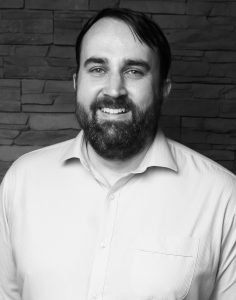 Principal
Connor James is the Principal of Law Quarter. He has extensive experience in complex commercial law and litigation. He holds a Bachelor of Laws, a Bachelor of Science, a Graduate Diploma of Legal Practise and Master of Laws.
Linkedin 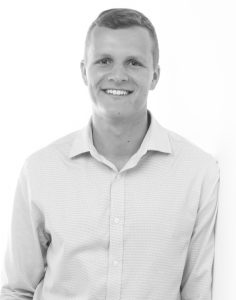 Solicitor
Alex Silcock is a solicitor with Law Quarter. He has worked with the majority of new entrant energy retailers and has completed secondments with large transmission companies. He advises businesses and individuals.
Linkedin