For most people, going to court is not an everyday experience. It can be stressful, disruptive and expensive. If you are aware that you need to go to court it is imperative that you contact a solicitor as soon as possible.

If you are going to court for a criminal matter you should check the details provided to you on your Court Attendance Notice or bail form. You must make sure that you are in the court on that date and time.  When preparing for court, you should review all of the paperwork provided to you. If you have not been given paperwork, you should ring the police and obtain a copy or instruct your solicitor to do so.

You can check your court date and time on this website. The NSW Online Registry will usually tell you which court number your matter is listed at. It will also often tell you who the presiding officer is for your matter.

You should dress neatly and formally for your court appearance. You should arrive at the court early. You will need to enter the building and go through security. You will usually find signs to the court number your matter is to be heard in.

If you have a matter listed for court, you can contact our lawyers to attend on your behalf. Ensure that you call us as soon as possible so that we can adequately prepare to get you the best possible outcome.

If you have been charged with a crime you should contact a solicitor immediately. Typically, your solicitor will tell you that you have a right to silence and will tell you to refuse to answer any questions from police. The right to silence literally means that you do not have to say anything, give information or answer questions. Even if the Police ask you a direct question, you have the right to not answer it.

Police will typically ask you questions about whether you were at a location at a time, whether you recognise someone in CCTV footage, and what you were doing at a particular time. The right to silence means that if you refuse to answer, police cannot assume your guilt as a result of your silence.

There are some exceptions and modifications to the right. Exceptions to the right to silence include where police ask for your identification- i.e. name and address- where they have the right to do so. Also, if your car was involved in a serious crime then you are obliged to give the police details of the driver and any passengers at the time of the offence.

These days, thanks to s 89A of the Evidence Act 1995 (NSW) your solicitor may refuse to come and visit the police with you in relation to an offence that you have been, or are at risk of being, charged with.

Before the introduction of s 89A, police would issue a general caution that anything you say could be used in evidence against you and they would tell you that you have the right to remain silent. Since 1 August 2013 and pursuant to s 89A, police can now give a special caution in certain circumstances.

When police give you a special caution they will tell you that a) you do not have to say or do anything, but it may harm your defence if you do not mention something when questioned that you later rely on in court, and (b) anything that you do or say be used in evidence. This means that, after receiving the special caution, by remaining silent, you may jeopardise your defence in court if you fail to mention things you rely on during questioning.

A special caution may not be given unless you are accompanied by a solicitor who is acting for you. As a result, solicitors will often refuse to come to the police station and will prefer to give you advice over the phone.

Upfront price and subject matter are considered matters which parties exercise choice in deciding to proceed with a contract and are, therefore, excluded. This was explained in the second explanatory memorandum to the Trade Practices Amendment (Australian Consumer Law) Bill (No 2) 2010:

where a party has decided to purchase goods, services, land, financial services or financial products that are the subject of the contract, that party cannot then challenge the fairness of a term relating to the main subject matter of the contract at a later stage, given that the party had a choice of whether or not to make the purchase on the basis of what was offered.

In deciding whether a contract or term type is excluded from the unfair contract terms law, it is important to consider the law as of the date that the contract is entered into as an assumption that the law does not apply may be incorrect with serious consequences.

Australian Consumer Law expressly excludes certain categories of contract from unfair contract term law and we will consider these in our next article.

Section 27(2) provides a non-exclusive list of considerations for a court when determining if a contract is a standard form contract including:

In the case of consumer contracts, courts will consider the purpose of the acquisition and the law will apply where the purpose is wholly or predominantly for personal, domestic or household use or consumption.

Consumer contracts are defined in section 23(3):

A consumer contract is a contract for:

to an individual whose acquisition of the goods, services or interest is wholly or predominantly for personal, domestic or household use or consumption.

The term individual is defined in the Acts Interpretation Act 1901 (Cth) to mean a natural person.

When examining section 23(3) it is necessary to consider the purposes for which goods or services were acquired. Unlike in other provisions of Australian Consumer Law, is not necessary for goods or services to be of a personal, domestic, or household nature rather it is the purpose for which they were acquired that will be relevant at the time that the contract was entered into.

Today LADbible launched a campaign labelled ‘Citizen Reef’ petitioning for the Great Barrier Reef to be granted Australian citizenship. The idea behind the push is to increase the Reef’s protection by ensuring it has the rights to freedom from torture, minimum standards of healthcare and the right to life, as any other citizen. We look at whether this is this merely a publicity stunt, or there is a legal basis for this argument.

The Whanganui and Ganges Rivers

Some commentators are pointing to both the Whanganui River in New Zealand and the Ganges River in India as examples. In early 2017, both rivers were granted legal personhood in their respective jurisdictions. In India, the Ganges’ status as a legal person came through a decision made by the Uttarakhand High Court and the Whanganui River was declared to be a legal person by New Zealand legislation following a lengthy consultation and settlement process involving the local iwi.

Both were significant, but can be distinguished from the Citizen Reef campaign in that the rivers received legal personhood, not citizenship. The idea of being a legal entity is different from being a citizen of a country. For example, a corporation is treated as a person by law, but this doesn’t mean a company that operates in Australian is an Australian citizen. Therefore, Citizen Reef seeks a different recognition to that seen in New Zealand and India.

Citizenship law in Australia is governed primarily by the Australian Citizenship Act 2007 (Cth). Broadly, it provides that people become Australian citizens in three ways: 1) by operation of law; 2) by descent; and 3) by conferral. It is difficult to see the Reef being successful in receiving citizenship under any of these mechanisms, primarily because the Act is designed for granting citizenship to natural persons. While the term ‘person’ is not defined, it would be a stretch to argue that its natural ordinary meaning as it appears in the Act extends to a geographical area or natural landmark like the Reef. Even if this hurdle was cleared, it is difficult to conceive how, for example, the Minister could be satisfied that the Reef possesses a basic knowledge of the English language, or is of good character.

Citizenship for the Reef appears next to impossible under the current framework. However, it is likely that the Federal Legislature possesses the power to enact an entirely new law that would grant citizenship to the Reef, provided there is sufficient parliamentary support.

If the Reef were to be granted citizenship, it is questionable whether it would receive the rights and protections that Citizen Reef seeks. While Australian citizenship does confer certain rights, like the ability to apply for an Australian passport, or stand for Parliament, the Reef wouldn’t automatically receive the right to life, or freedom from torture by virtue of being a citizen.

Australia doesn’t have a bill of rights, so many of these basic protections or human rights only form part of Australian law due to international treaties or conventions.

Citizen Reef appears to be more of an exercise to raise awareness for the Reef’s plight, than a genuine attempt to gain citizenship. Firstly, it is important to recognise the difference between personhood and citizenship – citizenship traditionally being limited to natural persons. Secondly, even if citizenship was conferred on the Reef, it doesn’t automatically follow that it would benefit from basic human rights.

While the idea of citizenship might be a stretch, a declaration that the Reef is a legal person, like the Whanganui River, is a more realistic goal. While this wouldn’t allow it to benefit directly from what are considered human rights, there is no doubt that being considered a person in the eyes of the law would give the Reef greater legal protection.

When faced with a legal problem, it is important you feel that your concerns are being heard and you are receiving the best possible representation. If you are unhappy with your current solicitor, you may consider seeking advice or representation from an alternative law firm. 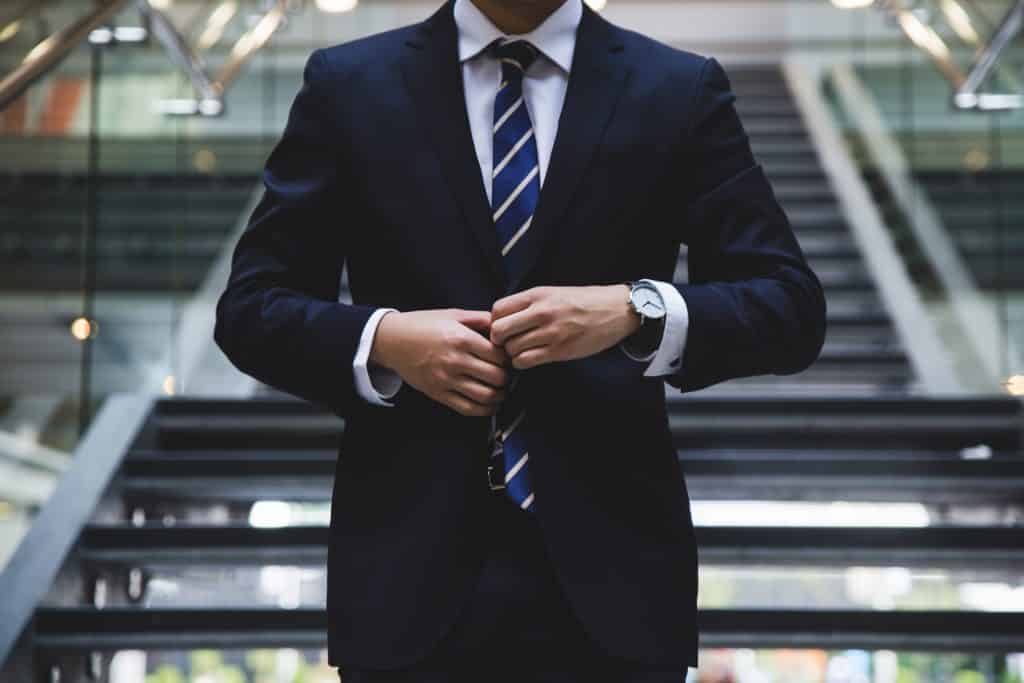 There are a number of reasons why you might wish to consider changing solicitors:

While any of the above are valid reasons for wanting to change solicitors, a decision to switch is extremely important and should not be undertaken lightly.

Although it is a big decision to change your legal representative, the process is simple.

Changing solicitors is relatively easy, but it is still a big decision. Being unhappy with what your solicitor has told you, is not itself a good reason for changing lawyers. Remember that a good solicitor will always give forthright and honest advice, even if it is not what a client wants to hear. If you are interested in changing solicitors and believe that we can help, please enquire here and we would be happy to arrange a meeting or teleconference.

If you are interested in our legal services, send us a message today.